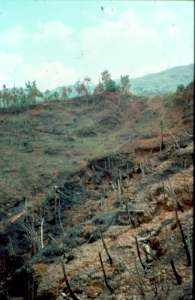 An aspect of good Permaculture design that must always be incorporated into our landuse is designing for disasters. Failure to design for extremes may lead to losing all our good work in one unconsidered event: fire, flood, drought, wind, storms, cold, heat. We can well say that Permaculture Design is Designing for Extremes since, no matter how ‘good’ our design may be for ‘normal’ conditions, it is how well it adapts to extremely strong, potential disasters that ultimately determines its sustainability and resilience. Of course Permaculture is much more than such a single theme, but failing to consider this one could put to waste all the other good work you have done, in one disastrous event.

It is not good enough to plan for averages. ‘Averages’ are becoming less and less ‘average’ as climate change effects increase. There are plenty of different considerations to be made as we enter the process of designing land. Disaster is one of them, and we must question the nature of any disaster possibilities.

Analysis of a Disaster

Design can’t be effective unless the designer has knowledge of the cause and conditions of any potential disasters. Specifically, can we avoid the impact of those disasters through good design? Start by asking these following questions:

* Cause of disaster – is it natural or man-made? Can we begin to reverse the cause?

* Frequency – how often does it occur? If it is once in 10,000 years, probably we need not put too much consideration into it. However, if it is likely to occur every few years – even every few decades – then we certainly should take it seriously.

* Speed of Onset – what is the warning period?

* Scope of Impact – is it concentrated or spread over a large area?

* Destructive Potential? – this can vary enormously.

* Predictability – does it follow a pattern? Seasonal, direction of source of disaster (wind, slope, situation/material supporting or limiting its impact).

Design…..General strategies to minimise the impact of disaster. 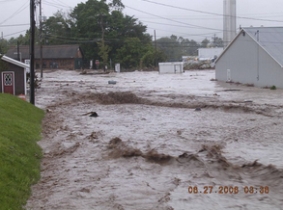 – often can anticipate by weather statistics

eg; 1:100yr flood contour must have all structures above it. Allow for Greenhouse Effect. Have emergency garden out of flood reach.

Plant trees and shrubs heavily beside all river banks to reduce energy of the floods, and encourage water to remain in river bed (if river is not limited to its course, river bed gradually silts up, spreading the flood waters instead of digging the river bed deeper). Regrass catchment areas to reduce silting up, and hence flooding

– do not enter floodwater on foot; use car, boats, or wait to be evacuated. Climb to roof 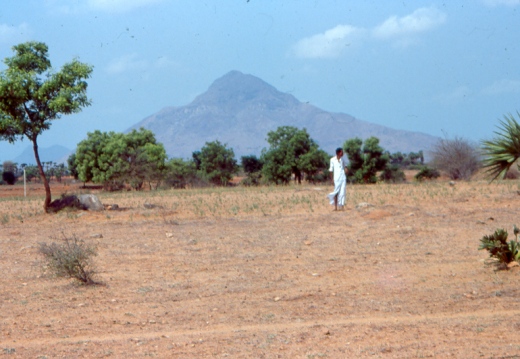 – shade for 15-30 animals. Floor should have mulch of fronds and hard straw from sugar cane, Pennisetum grasses, or palms

– up to 1ha of perrenial forage, cut daily and fed as one third to one half of the ration. Species include Honey locust, Acacia, arrowroot (Canna), comfrey and Pennisetum 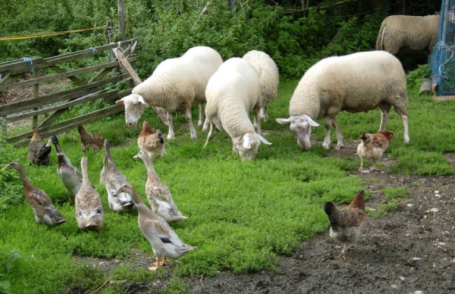 – all adjoining fields edged and wind-breaked with same spp, planted at 20-30m intervals in rows through all other crop, on bunds, along swales and ditches

– basic survival ha can be cut and managed in good years, but in drought all essential livestock penned in or near forage system for survival feeding. As no crops in drought, families tend on rotation

In drought, cattle can be fed on chopped dry stalk, small branches, straw, crushed cane, cardboard/paper provided they have access to lick of 10%(molases with urea added – 50-50). (eg; petrol drum in half-drum bath of molasses-urea. It is molasses-urea plus high cellulose cheap bulk food that enables cattle to breakdown some of the cellulose in wood and straw. Rest is provided from perennial forages, cut in succession and carried to pen; all manure and bedding is carried back to forage fields as mulch, preferably deposited in swales – mulch develops cool humus soils with good water capacity over time, and the forage plants thrive on this humus.

-woody and ephemerals in drylands may concentrate toxic substances in new growth after rains, to protect against grazing for 4-6weeks -nitrates, oxalic acids, cyandes, alkaloids

SO, cattle shouldn’t be released to range, esp on single sp stand. Mature leaf generally not toxic; wide range of foods, some cut forage, mature leaf from trees. Same after browsing and burning

Who is going to live beyond such an event, and how? 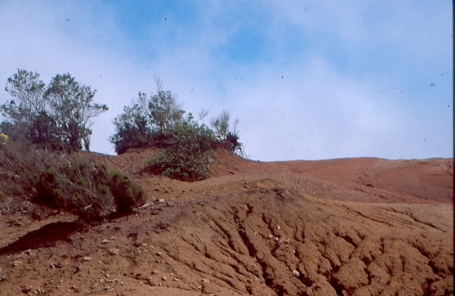 This of course is a longer term theme; usually the degradation (and such consequences as starvation and malnutrition) is slow moving and evolves over a longer time.

Dramatic exceptions to this are volcanoes (the flow of lava and lahar ash which totally blanket existing land), and tsunamis. The impact of both these can be significantly reduced though, be creating significant earth arc-berms in the sector from which such potential catastrophes would arrive (ocean-side for tsunamis; volcanic mountain-side for volcanoes) so that the arrival of lava/ash/wave would be greatly diverted away from the habitation or cropland. Of course this must be designed so that the reduction in damage risk to one land area does not become greater damage to the neighbouring or down-slope land!

Principles for house protection against fire:

2. Water – storage in irrigation/aquaculture ponds and tanks about the house. Plug and fill gutters, basin and baths. Have hoses inside.

8. Fire shelter – place where people can escape to if house burns -build of rock, mud, or inside hill, and whitewash it.